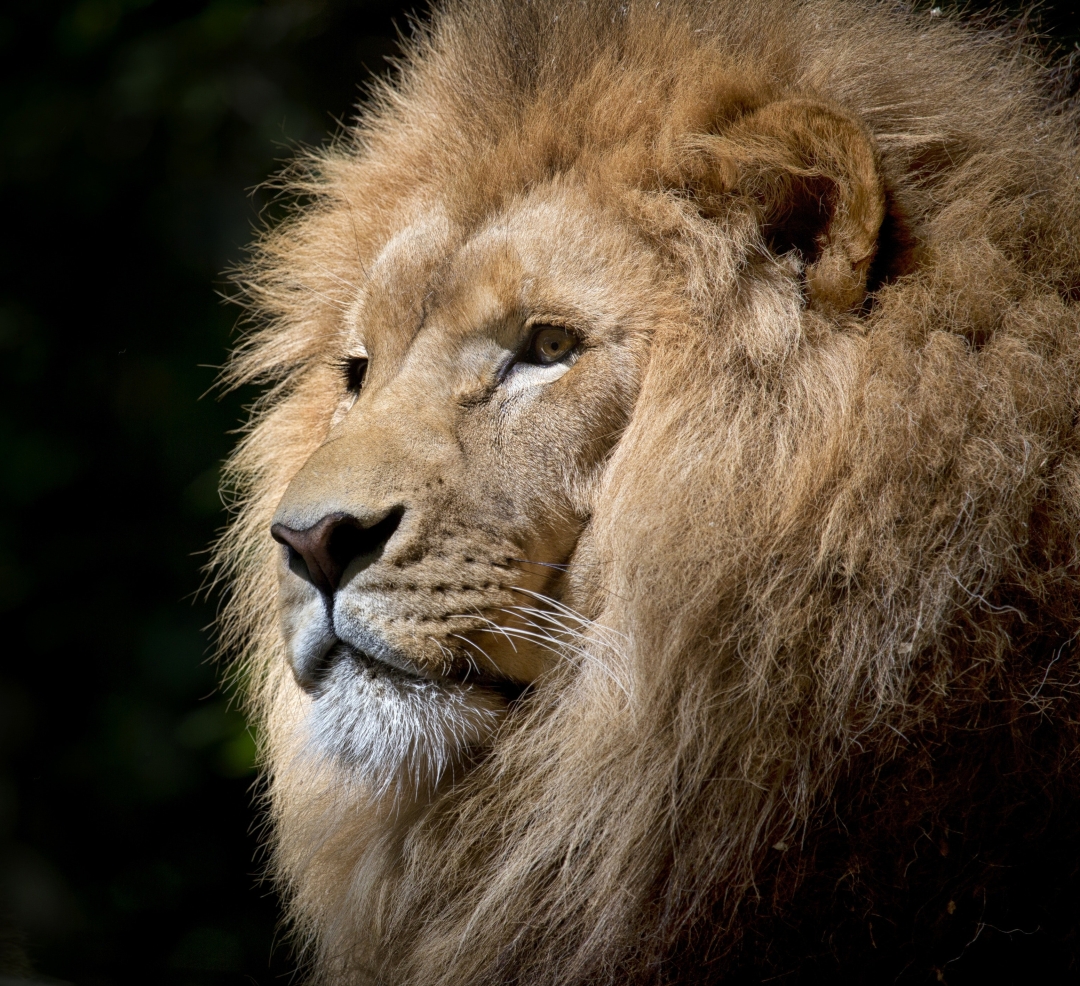 So they arrived at the other side of the lake, in the region of the Gerasenes. When Jesus climbed out of the boat, a man possessed by an evil spirit came out from the tombs to meet him. This man lived in the burial caves and could no longer be restrained, even with a chain. Whenever he was put into chains and shackles—as he often was—he snapped the chains from his wrists and smashed the shackles. No one was strong enough to subdue him. Day and night he wandered among the burial caves and in the hills, howling and cutting himself with sharp stones. When Jesus was still some distance away, the man saw him, ran to meet him, and bowed low before him. With a shriek, he screamed, “Why are you interfering with me, Jesus, Son of the Most High God? In the name of God, I beg you, don’t torture me!” For Jesus had already said to the spirit, “Come out of the man, you evil spirit.” Then Jesus demanded, “What is your name?” And he replied, “My name is Legion, because there are many of us inside this man.” Then the evil spirits begged him again and again not to send them to some distant place. There happened to be a large herd of pigs feeding on the hillside nearby. “Send us into those pigs,” the spirits begged. “Let us enter them.” So Jesus gave them permission. The evil spirits came out of the man and entered the pigs, and the entire herd of about 2,000 pigs plunged down the steep hillside into the lake and drowned in the water. The herdsmen fled to the nearby town and the surrounding countryside, spreading the news as they ran. People rushed out to see what had happened. A crowd soon gathered around Jesus, and they saw the man who had been possessed by the legion of demons. He was sitting there fully clothed and perfectly sane, and they were all afraid.

Many aren’t exercising authority given to them to dominate on earth. Even in the spirit you have been made a little lower than angels of light (Psalms 8:5).

1. First as a human, you are not ordinary in the spirit and in the physical. Secondly, you are more than extraordinary when you are in Christ.
If you have angels to minister to you, what are foul spirits that you cannot subdue in the spirit?

2. The mad man of Gadara could house a legion of demons and he only went insane. The same demons possessed A HERD of pigs and the pigs could not survive it. Hnmm…. this should tell you that our spiritual make up is very powerful.

3. Imagine, no chains could hold down one man possessed by unclean spirits. How much more power you’ll exhibit, being filled with the power of light that darkness cannot comprehend. No chains, yoke, fetter of the enemy can bring you down if you take your place in the spirit consciously.

4. The foul spirit knew who they were… Some of us cannot even identify as the power house that we are. Who are you in the spirit? When you are addressed by anyone in the spirit or in the physical you should have an ever ready answer to affirm who you are as a child of God.

But you are not like that, for you are a chosen people. You are royal priests, a holy nation, God’s very own possession. As a result, you can show others the goodness of God, for he called you out of the darkness into his wonderful light. 1 Peter 2:9 NLT

There are so many affirmations to be registered in your spirit. I will outline a few shortly.

5. The foul spirits could identify the Spirit of the One who confronted them. They understood His power of dominance as the Son of God. They understand heirachy in the spirit realm. Do not be like the seven sons of Sceva in Acts chapter 19 who were assessed in the spirit and found lower because of darkness that was found in them. Be a woman of AUTHORITY, be a woman of LIGHT.

Luke 10:19
You have been given the power to trample upon serpents and scorpions and over EVERY power of the enemy and nothing shall by any means touch you because YOUR TEMPLE IS FLOODED WITH THE LIGHT OF JESUS. Since Christ is in you, the enemy has no option but to submit.

A group of Jews was traveling from town to town casting out evil spirits. They tried to use the name of the Lord Jesus in their incantation, saying, “I command you in the name of Jesus, whom Paul preaches, to come out!” Seven sons of Sceva, a leading priest, were doing this. But one time when they tried it, the evil spirit replied, “I know Jesus, and I know Paul, but who are you?” Then the man with the evil spirit leaped on them, overpowered them, and attacked them with such violence that they fled from the house, naked and battered.

It is a spiritual world we live in beloved. Take your place in dominion. It is your right as a child of God. Woman of God know thyself.

AFFIRMATIONS TO HAVE HANDY

God has given me authority over all the power of the enemy, and I will walk among snakes and scorpions and crush them. Nothing will injure me.
Luke 10:19 NLT

I will not be afraid of ten thousands of people Who have set themselves against me all around.
Psalms 3:6 NKJV

I am fearfully and wonderfully made; Marvelous are God’s works, And that my soul knows very well.
Psalms 139:14 NKJV

No weapon formed against me shall prosper, and every tongue which rises against me in judgment I shall condemn. This is the heritage of the servants of the Lord and my righteousness is from the Lord.
Isaiah 54:17 NKJV

Related posts….. The rock that is higher than I

Eno Vwaire is a Chayil woman who is very passionate about the ministry of women, children and the down trodden. She is the visionaire of the Chayil Women Network. View all posts by Mama Eno

4 thoughts on “ENFORCE YOUR DOMINION”